To do: The title of this article may be too long

To do: Finish this 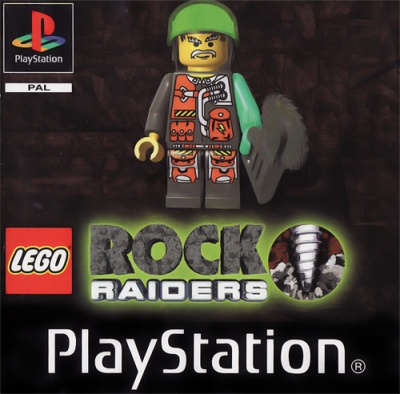 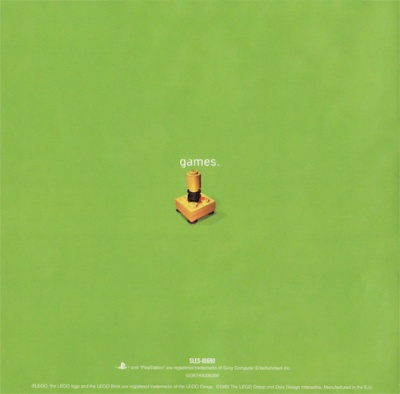 Welcome to an exciting action adventure game in which you command the roughest, toughest gang of dirt-diggers in the universe - the Rock Raiders! Due to a freak accident the Rock Raiders are lost in space - and it's up to you to help them get back home! Join Axle, Jet, Docs, Sparks and Bandit as they explore bizarre other-worldly caverns beneath an alien planet, searching for the precious Energy Crystals which will power their spaceship home. You'll drive and fly amazing futuristic vehicles, encounter strange alien lifeforms, discover incredible secrets and much, much more! Read this booklet carefully, as it will tell you all you need to know about how to play the game and ensure that you get maximum enjoyment forum it. Play well!

Set up your PlayStation® console by following the instructions in the Instruction Manual. Make sure the power is OFF before inserting or removing the disc. Insert the LEGO Rock Raiders disc and close the disc cover. Insert the game controllers (note: you will need to insert two controllers to play a two-player game) and turn ON the PlayStation console. Follow the on-screen instructions to start the game. It is advised that you do not insert or remove peripherals once the power is turned on.

The Story So Far

Onboard the huge mining ship LMS Explorer, the Rock Raiders are returning home after a long expedition through the outer rim of the galaxy. Everything is going fine.... until the ship accidentally sails into a giant asteroid field! The crew struggles bravely to guide the ship through the storm of tumbling rocks, but the endless bombardment quickly damages the ship's shield and puts the crew in danger.

Just when the Rock Raiders think things can't get any worse, the ship's sensors detected a vast wormhole at the centre of the asteroid field - and it's sucking them in! With the ship low on power and listing badly, there's little the crew can do but accept their fate and hang on!

The one-player game challenges you to 18 action packed missions set in the caves and tunnels beneath the alien planet's surface. In each mission you'll be asked to achieve an objective, such a find Energy Crystals or rescue trapped Rock Raiders. Depending on how well you perform your task you could earn special rewards like medals or even secret missions! But take care, as danger lurks in every cavern! Good Luck!

This is the MAIN MENU screen. Use the directional buttons to highlight NEW GAME and press the X button. If you only have one controller inserted into your console, the game will now begin.

If you have two controllers inserted into your console you will now see this screen. Use the directional buttons to highlight ONE PLAYER and press the X button.

Choosing the Right Person for the Job

A device which projects a forcefield. It can protet you from alien lifeforms. Once collected it can only be used 20 times.

Recharges the Pusher Beam so that it can be used an additional 20 times.

A coolant device which can be used to freeze alien lifeforms for a short while. Once collected it can only be used 10 times.

Recharges the Freezer Beam so that it can be used an additional 10 times.

A powerful device which can cut through Hard Rock in a second. Once collected it can only be used 5 times.

Recharges the Laser Beam so that it can be used an additional 5 times. It can also be used to power the Laser Beams mounted on some vehicles.

An explosive, which is useful for clearing away Hard Rock. Once collected it can only be used once

Recharges some Shield Power. Once collected, it recharges straightaway.

Recharges ALL Shield Power. Once collected, it recharges straightaway.

Recharges some of a Vehicle's Shield Power. Once collected, it recharges straightaway

Recharges ALL of a Vehicle's Shield Power. Once collected, it recharges straightaway

Makes the radar detect alien lifeforms, which show up as red dots. Once collected, it detects aliens straightaway.

Gives the radar the ability to detect lost Rock Raiders, who show up as yellow dots. Once collected, it detects Rock Raiders straightaway.

Gives the radar the ability to detect items, crystals and ore, which show up as green dots. Once collected, it detects items straightaway.

When your Rock Raiders is travelling around on foot, it's possible to change the view. To do this, hold down the L2 button and press left or right on the directional buttons. You'll new see the view rotate in 45 degree steps.

Should a Rock Raider not complete a mission, either by their shield losing power or by not achieving the mission objectives, they will be beamed back to the LMS Explorer and sent for rest and more training. You may now attempt the mission again using any of the remaining Rock Raiders on active duty. Rock Raiders being trained stay out of action for four mission attempts.

Many mining crews have reported sightings of weird creatures lurking in the caverns beneath the planet's surface. Here's the lowdown on the one currently known about, but be warned there could be even nastier horrors waiting in the deeper caverns.

Take care not to drive into any of the spider's sticky webs or your vehicle will get stuck fast! Luckily, a blast from a Pusher Gun will clear away the cobwebs.

Scorpions will track your movement and attempt to drain your SheildSuit's power with blobs of poisons plasma.

These critters may look cute but once disturbed they behave like battering rams, slamming at high speed into any Rock Raiders or vehicles nearby.

These are the most dangerous lifeforms yet encountered. If you happen to see a Rock Monster then it's probably best to RUN!

The Rock Whale is a lumbering creature, which often stops for a sleep in the most awkward of places. It can be lured out of your way by a blast from the Pusher Beam - for some reason, they're attracted to the energy they produce. The have also been known to jump into water, forming makeshift bridges.

It's not just the lifeforms you've got to watch out for - the planet itself poses a few problem too...

Try to avoid falling or driving into water - it will short-circuit your shield circuitry and drain it's power.

Lava is extremely dangerous! If you get too close Chief will have no choice but to teleport you home pronto!

These jets of scalding steam are very dangerous and can surprise you so - take extreme care!

Like geysers but even nastier - one blast from these can knock even a Tunnel Transport out of the sky.

If you want to take a break from the action, simply press the Start button on your controller - this will pause the game. You may now select from a menu of options - use the directional buttons to highlight the option you want then press the Triangle button.

If you have any problems with LEGO Rock Raiders please contact Technical Support.

This article is a stub. You can help us by expanding it.
Retrieved from "https://kb.rockraidersunited.com/index.php?title=LEGO_Rock_Raiders_PlayStation_PAL_English_manual&oldid=6414"
Categories:
Hidden categories: