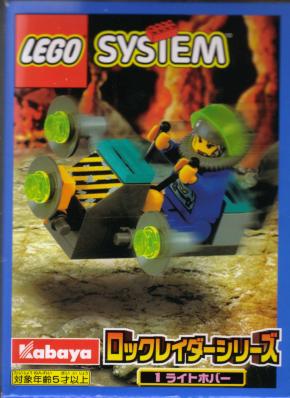 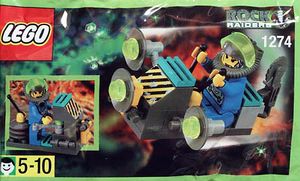 1274 1 Light Hover (１ライトホバー Ichi raito hobā), also known as Hovercraft With Searchlight and Rock Raiders Mobile Vehicle, is a Rock Raiders set released released in 2000[verify] in a rare Kabaya collection. It contains 25 pieces and has no MSRP or list price as it was sold for free with Kayaba Sweets Packages. It came packaged in a very small bag or box and features Jet with the Light Hover, a small hovercraft not unlike the Hover Scout or Hoverboard. Its alternate design appears to be a vehicle designed to travel across lava.