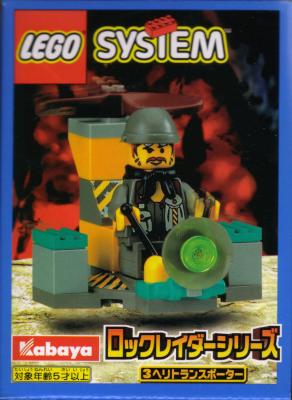 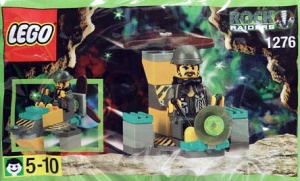 1276 3 Heli Transporter (３ヘリトランスポーター San heri toransupōtā), also known as Helicopter and Rock Raiders Chopper, is a Rock Raiders set released released in 2000[verify] in a rare Kabaya promotional collection. It contains 20 pieces and has no MSRP or list price as it was sold for free with Kayaba Sweets Packages. It came packaged in a very small bag or box and features Docs with the Helicopter Transporter, a small helicopter not unlike the Tunnel Scout. Its alternate build appears to be more a plane-like craft.