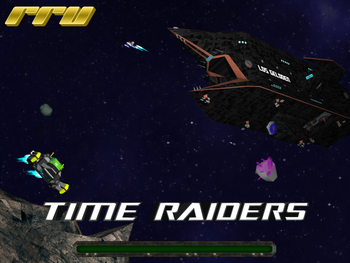 LEGO Rock Raiders: Time Raiders is an overhaul mod for the Windows version of LEGO Rock Raiders. The mod's creation is lead by Cirevam with help from Anonymouse, addictgamer, Amauros, Fengir, TheDoctor (who originally broke the combo), William and Drill Master. It includes several brand-new buildings, vehicles and a modified economy system to completely change how the game is played. Vehicle Pack 1 was released on December 25, 2011 and is available on Rock Raiders United.

At least three biomes will be used for the main storyline. Minigames might use different ones.

Because some of the biomes don't actually use dirt or an equivalent, the names of the wall types will be slightly changed.

Levels as a whole are more linear in terms of the environment. In Planet U you have rock, ice, lava, more ice, more lava, a lot more rock, etc. In Time Raiders, the first six levels are in the Stone biome. The next six levels are in the Crystal biome. The remaining seven levels are in the Warped biome. The goal requirements for each overarching biome constantly increase up to the end of the biome, then lower at the start of the next biome before increasing again. For reference, the end level of the Stone biome requires 120 spheres. The end of Crystal requires 240, and the end of Warped costs 360. The beginning of Crystal might only require 50 or so, but eventually gets to 240 by the end. This helps players get accustomed to the biomes more easily. Some levels might even require ore collection or finding a certain vehicle or groups of raiders.

I've decreased the number of "storyline" levels and have decided that it would be better to come back to the earlier biomes, with greater challenges present.

Note that storyline stages are linear and you must complete each one in order. The extra stages for each biome are unlocked when all of the storyline missions in that biome are completed.

All vehicles will use the same building to be warped in, mainly due to problems with the Super Teleport crashing whenever I modify a Large Vehicle. Apparently the Super Teleport works fine now, but there will still be a singular building for vehicle creation. 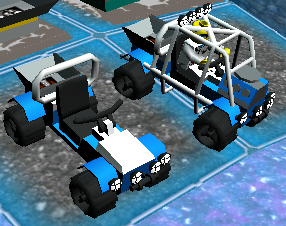 A stock Buggy next to a fully upgraded one. The rollcage is a defensive conversion.

The Combat Conversion system is a modified upgrade system that is intended to strengthen the abilities of a vehicle or add new functions entirely. Additional weapons or armor are common, but some can change a vehicle's usability entirely. Water vehicles may not have upgrades at all, and due to their limited playing field, they will be somewhat better than the stock LRR vehicles. Also note that defensive conversions only help against landslides, lazers, and other environmental damage. Monsters will do the same amount of damage no matter what.

Please visit the above link for specific information on each of the Time Raiders' buildings. For now, this section will contain filler until I think of a summary. Maybe go into more detail about the emphasis on ore refining? 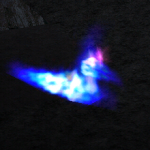 Version 2 of the LDS Geloden

View the WIP page linked above for information.

Time Raiders should ideally offer several mini games and bonus missions instead of the eight tutorials. These will help accustom the player to new things that TR introduces as well as increasing replay value. There will be at least three training missions that are basically just overviews of new things, like how raiders cannot shovel rubble so vehicles must be used instead. Also note that none of these minigames will be ready for beta.

Race to the Finish